Bring an adventure 65 million years in the making into your own home with the LEGO® Dino set. Officially released for the first time in 2012, LEGO Dino quickly became one of the "must have" theme sets for children all over the world. The dinosaur models that were used in product designs were similar in concept to the previously released Dino Attack theme, but they were much more realistically created to accurately reflect up to date information about what these amazing creatures actually looked like. Your kids won't just have to read about the adventures of dinosaurs in books - thanks to LEGO and Bricks to the World, they can live them whenever they'd like! 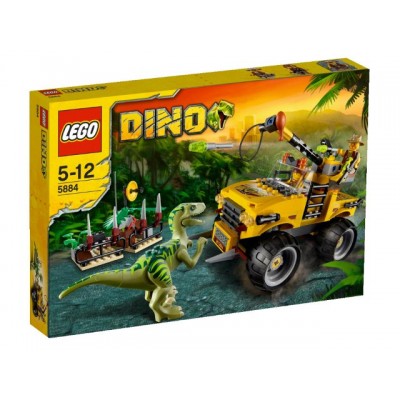 Stop the Raptor in its tracks with the lasso!   Hurry! The raging Raptor is heading to..